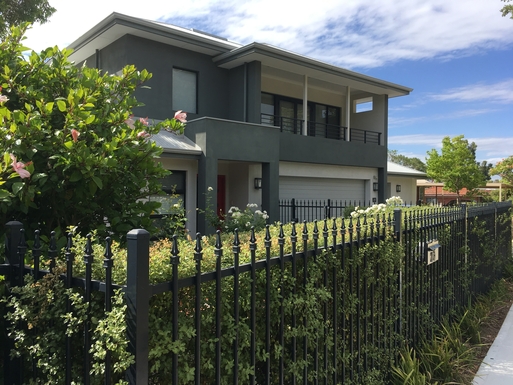 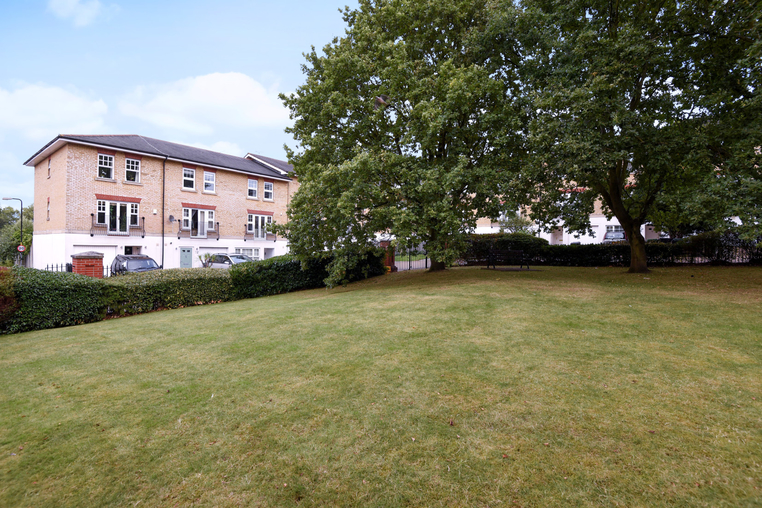 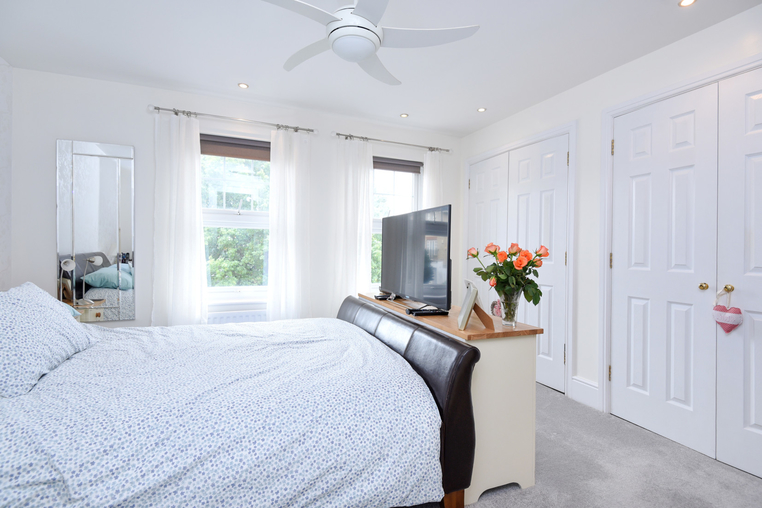 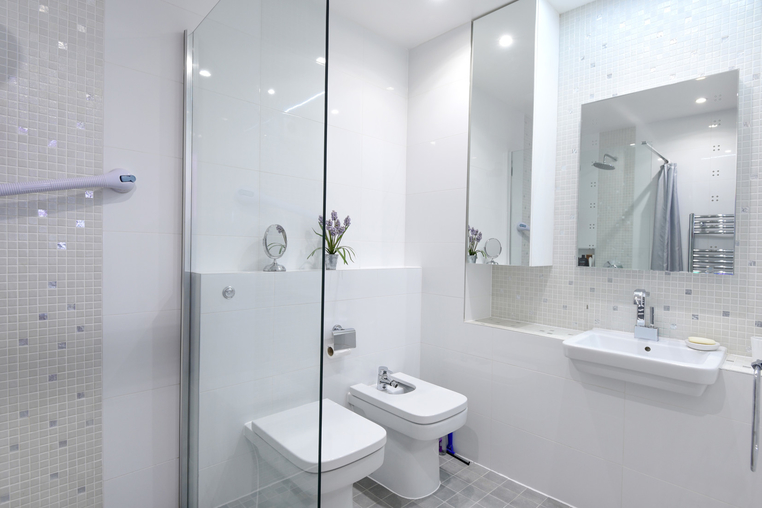 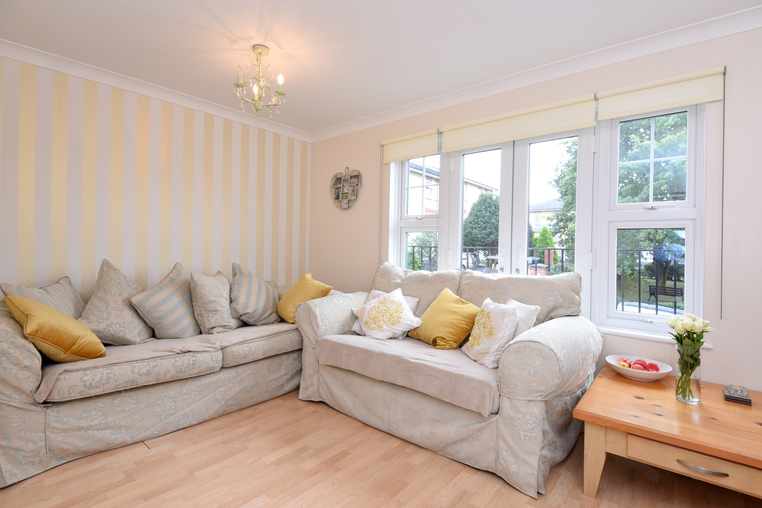 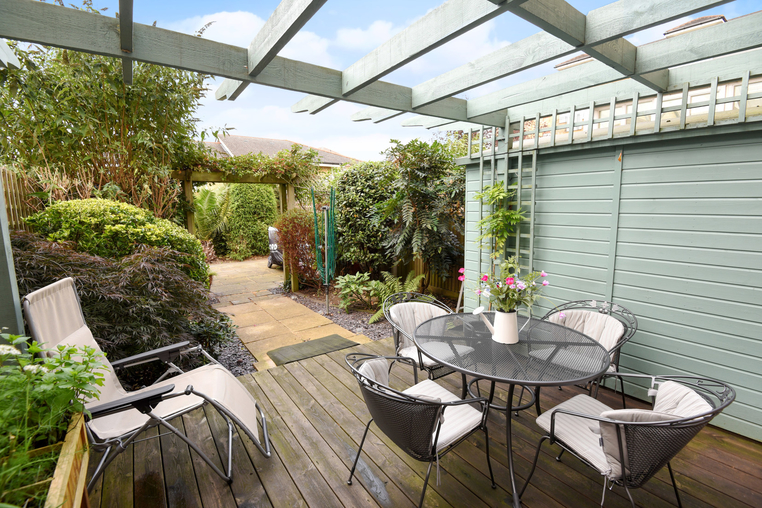 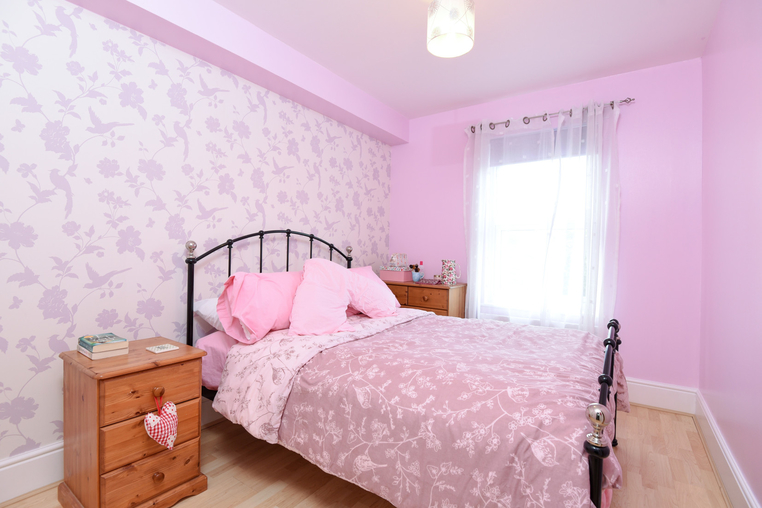 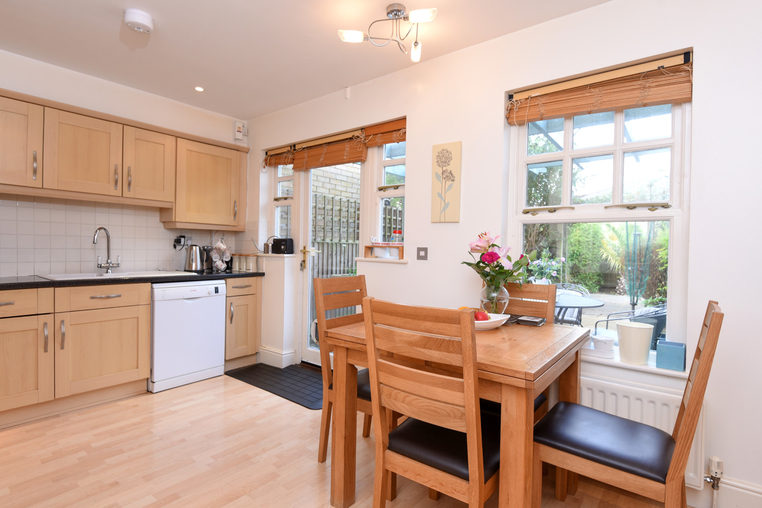 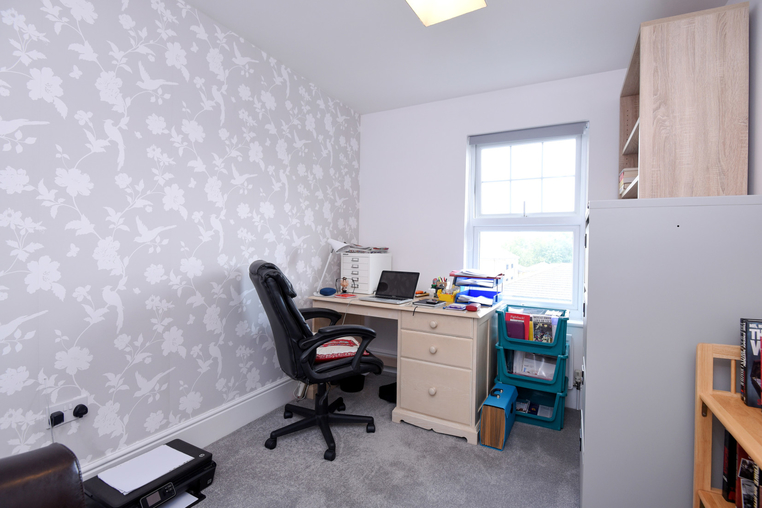 Modern three storey town house overlooking private park in Muswell Hill close to the heart of London but also with a distinctive city village vibe with great restaurants, indy cinemas, shops and parks. Other historical north London villages like Hampstead Heath and Highgate are a few minutes bus ride away and great transport links can get you into the West End in 30 minutes. The house offers two en suite double bedrooms (one a wet room), dining kitchen, lounge, further bedroom, house bathroom and two rooms currently used as studies. There is a small sheltered rear garden with patio and private drive with parking as the houses overlooks a garden square for the exclusive use of a small number of residents who live adjacent.

Muswell Hill has a small town village ambience with an emphasis on independent culture with its cinemas, restaurants, food shops and spirit reflecting the large number of actors, writers, artists, film makers and journalists who live in the area. However, this is not exhibited in any form of exclusivity or extravagance as most people just want to live their private lives not showboat any stardom. It is also a mixed neighbourhood with lots of families, strong influences from different parts of the world and UK and a very friendly community spirit. As well as the upmarket clothes shops, it also boasts an independent bike shop, book shop, children's book shop, many charity shops and the usual mixture and choice of top coffee houses. It even has an award winning fish and chip shop, lots of top restaurants and a couple of good pubs where you can watch the footy and get served decent food at the same time.

Having worked in London for the past 30 years and lived here permanently for the past 12, we sometimes take for granted the vast array of attractions and their historical significance that the city offers and which are on our doorstep.

We also love our local area Muswell Hill that was voted one of the five most desirable places to live in London in a recent Sunday Times survey. Although a relatively wealthy area it is not exclusive to the rich and there is a strong community spirit, and a very informal, laid back attitude to life.

It is possibly because it forms a “golden triangle” of the arts stretching from Crouch End over to Highgate and Hampstead and is often referred to as “luvvie land!” This is because of the high number of famous actors, writers, filmmakers, musicians, journalists and artists who live in the area.

Ray Davies of the Kinks was brought up in a small terrace house on Denmark Terrace opposite a pub called the Clissold Arms where they played their first ever gig. Our favourite curry house the Rasoi is at the end of the terrace. Not far away lived Rod Stewart. And just down the road two of the founders of seminal folk rock combo Fairport Convention would practice in a doctor’s house. One of the doctors at our local GP surgery is married to opera singer Lesley Garrett and Led Zeppelin’s Robert Plant and Spandau Ballet’s Tony Hadley also live in the area. These are just of the few of the many celebrities you could bump into in the local shops.

Some of the best views of London are a fifteen-minute walk away at Alexandra Palace, birthplace of broadcast television by the BBC in 1936 and one of the highest points in North London. Along with the transmitter this is now a listed building, still hosts many public events, along with an ice rink, and nearby boating lake, fair and extensive park grounds featuring a bustling Sunday market, a garden centre and beautiful walks to match the views. My local pub in Muswell Hill, where I go with friends to watch the footy, is named after one of the inventors of TV, John Logie Baird. You can watch the game on the screens, whilst enjoying the lovely Thai cuisine served from the restaurant attached.

A two-minute stroll from our home will take you to Coldfall Woods, a good jogging route and at the other side of Muswell Hill are Highgate Woods, another place to gently stroll or run. A twenty-minute bus ride away is beautiful former country home Kenwood House, with extensive grounds and lake, overlooking London and on the edge of Hampstead Heath.
The house, famous in its own right, is also known for its important art collection, which includes works by Gainsborough and Turner and other masters. Like so many places in London admission is free. It also serves traditional English tea and scones and other lovely food both outside and in. From here you can walk the Heath to Hampstead and even take a dip in one of the three public bathing ponds.

Public transport is so good in London that by using a combination of buses, the underground and over ground railways you can get to any part of the city pretty quickly. Probably the best service to use is the bus, despite taking a little longer, because it enables you to see the city from the top of the famous red double deckers, used by local citizens and not a tour bus. Transport for London provide loads of travel info on their website which breaks down times and routes using very simple search engines. Our nearest bus stop is only a couple of hundred metres for a very nice single decker number 234 which runs every 10/15 minutes taking you to the centre of Muswell Hill, if you don’t want to walk, East Finchley tube station and Highgate/High Barnet. The number 43 bus stop is a little further but this takes you all the way through parts of the city of London, near St Paul’s Cathedral and over London Bridge to the mainline station of the same name and close to the famous Borough market, a foodies’ heaven. One of the other buses from Muswell Hill, the 134, takes you down to Tottenham Court Road, near Covent Garden and Oxford Street. You can buy a monthly travel card/oyster, which provides access to all public transport during a set period.

Whatever your interests it will be catered for somewhere in London. Just on the food front you are spoilt for choice. Within Muswell Hill where there are restaurants catering for the following cuisine: Greek, Turkish, French, Italian (trad and pizza), Chinese, Thai, Indian, Japanese, Korean, Vegetarian, award winning fish and chips and a very good greasy spoon for a full English breakfast! There are also several delis and a host of Indy and chain coffee shops. Across the city every cuisine across the globe is represented from a local kebab house to a three star Michelin star restaurant. Often the best food and dining experience can be found at the cheaper end of the market in less fashionable eateries. But it depends on your taste.

On the cultural front you have the best theatres and museums in the world, and a thriving commercial and Indy cinema. Our favourite picture house is the Phoenix in East Finchley. Opened in 1910 it is one of the longest continuously operating cinemas in the UK. Run as a community trust its patrons include Benedict Cumberbatch, Maureen Lipman, Mike Leigh and Ken Loach. But you also have the Everyman in Muswell Hill and the Crouch End Picture House not far away. They not only show the current big popular releases but a host of international independent cinema, which would rarely be shown elsewhere.

You only have to venture to Highgate for a more intimate theatre experience with Upstairs at the Gatehouse above a well known pub in the village that boasts former residents, like writer Charles Dickens, poet Samuel Taylor Coleridge and singer George Michael among many others. Just down the hill is Jacksons Lane, the vibrant contemporary arts hub providing performances that range from circus and comedy stand up.

One of our favourite trips into London begins at the Tate Modern on the south bank and from there you can stroll along both banks of the Thames in either direction. East past Shakespeare’s Globe theatre down to Borough market or west towards the London Eye, the National Theatre and onwards until you reach Westminster Bridge and on the opposite bank of the Thames are the Houses of Parliament. You could spend at least two weeks just exploring a small part of this area.

You can watch or participate in any sport you can mention at some venue in London. In football you have six premiership teams in the city playing in the best league in the world and top rugby union internationals at Twickenham. Wembley Stadium and the Arena and the former Olympic pool at Stratford are only an hour away by bus and tube. There are plenty of local gyms and swimming centres if you like to do your exercise in company.

If you want to travel further afield London’s mainline rail stations service destinations throughout the UK. For example express services from Kings Cross can get you to the historic city of York, where we used to live, in two hours giving you the option of great days out throughout the UK. Its two and a half hours to Leeds and Liverpool and three hours to Newcastle.

2 storey house close to the river and CBD