We are a bilingual French-English couple. I'm a semi-retired English teacher & my husband works in Paris. We have a cosy holiday/weekend village cottage by the sea in Normandy which we would like to swap with you this summer! My interests are reading, hiking, watercolour painting & travelling. My husband loves cycling & DIY. In the distant past (!) we have exchanged via Homelink, with families in the USA, Canada & Europe. We have 2 grown up children. We Look forward to hearing from you ;-) 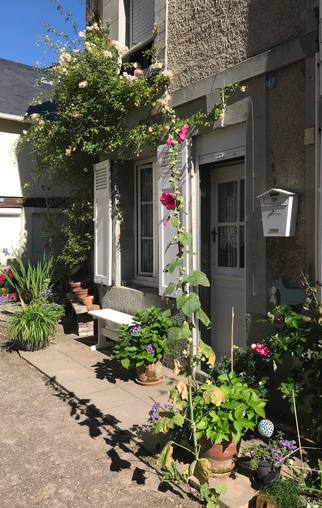 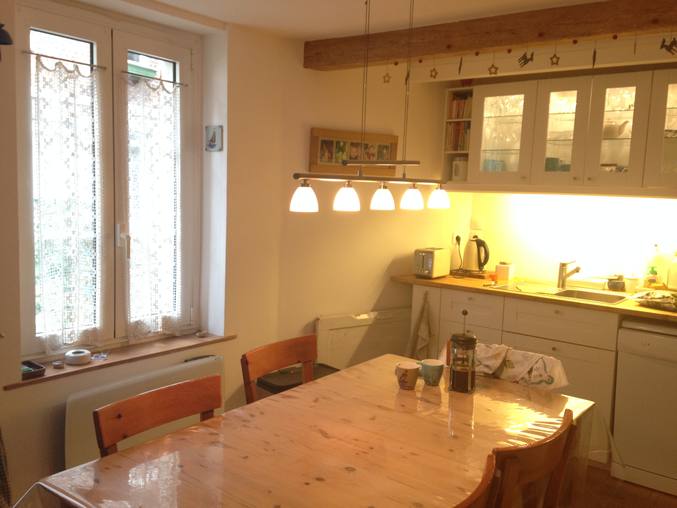 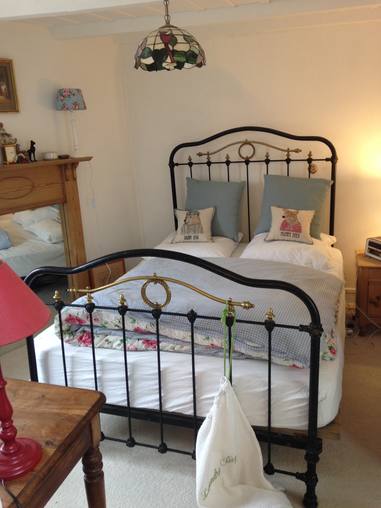 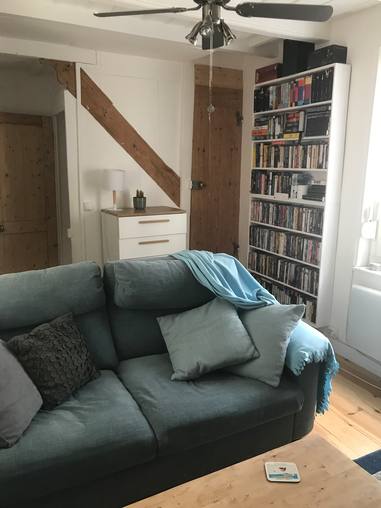 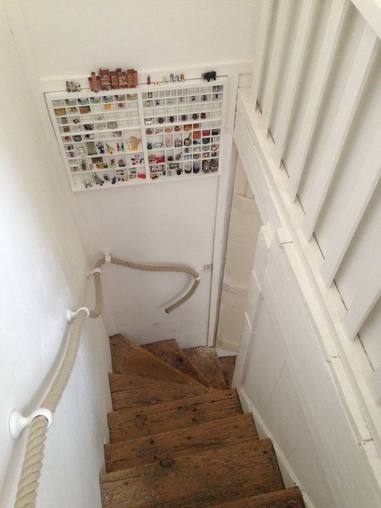 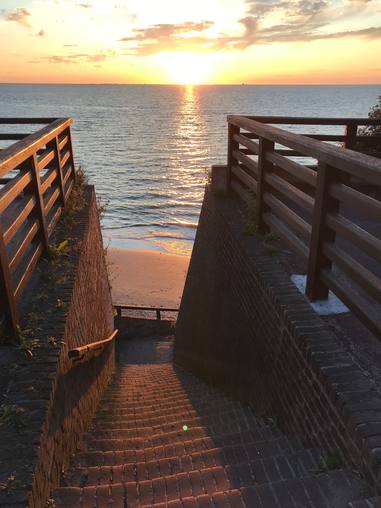 Village stairs to the beach - Villerville 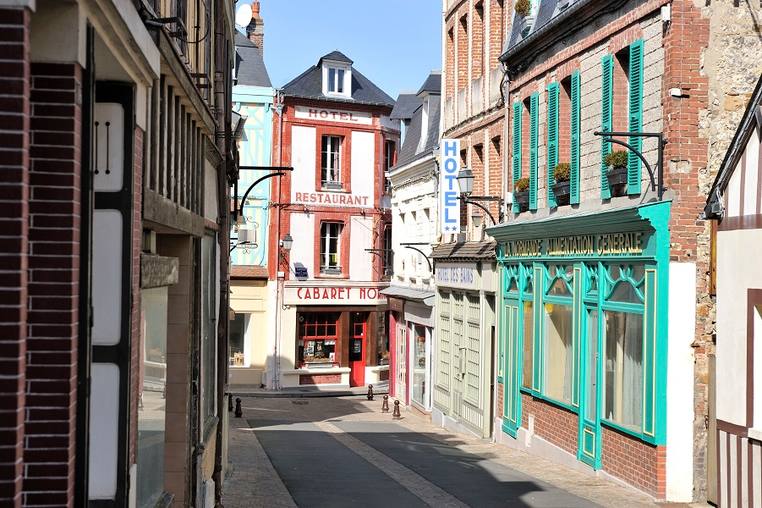 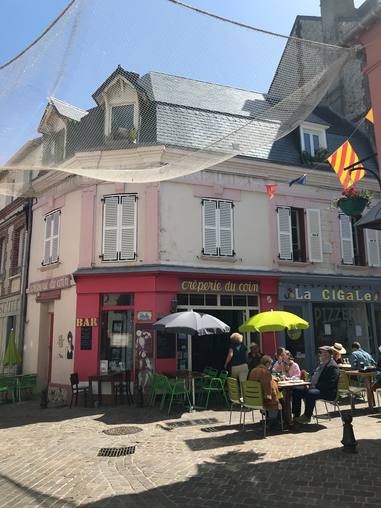 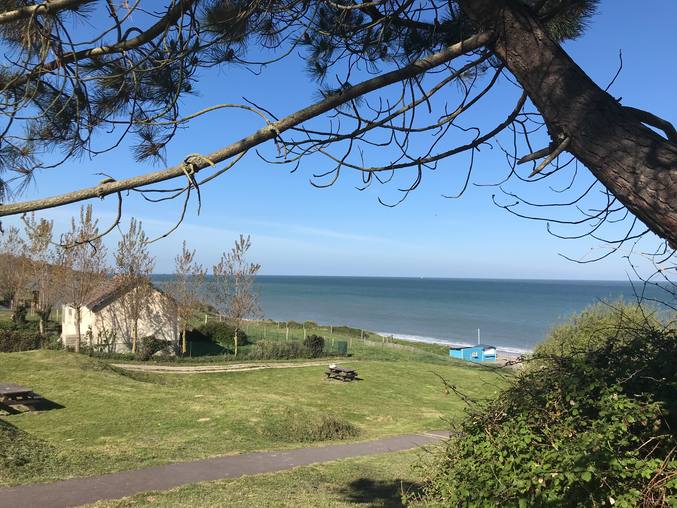 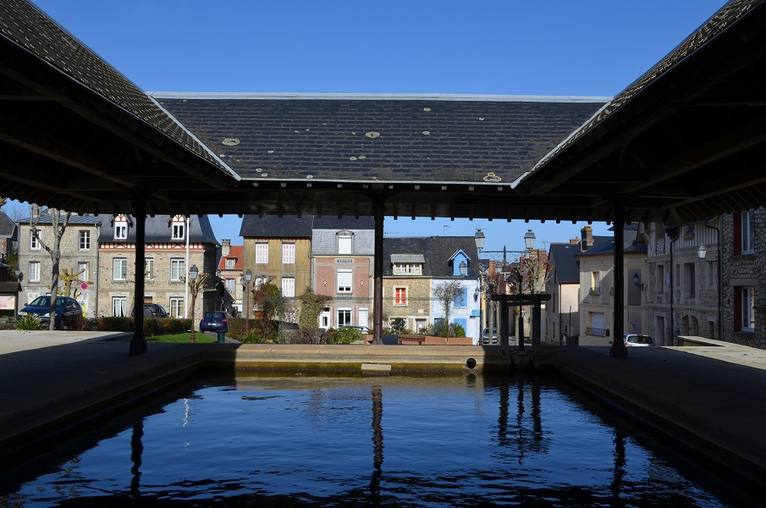 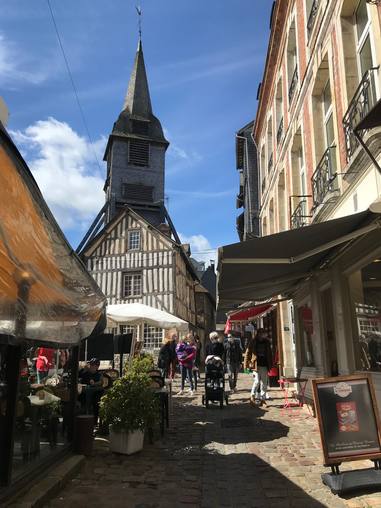 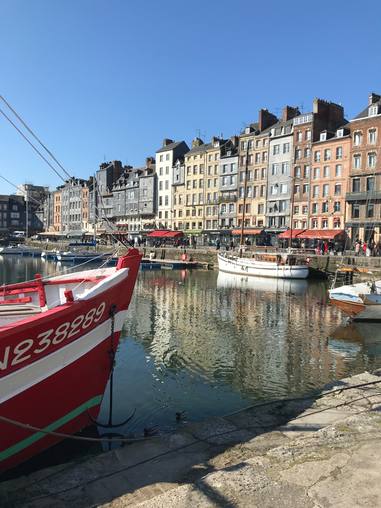 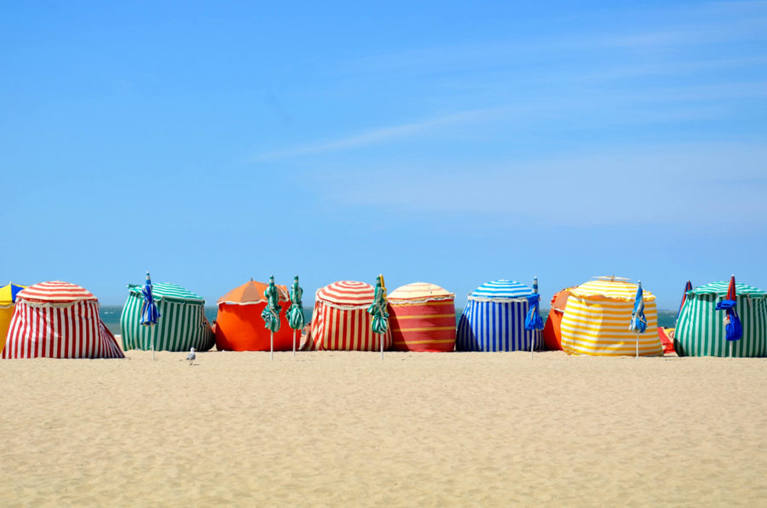 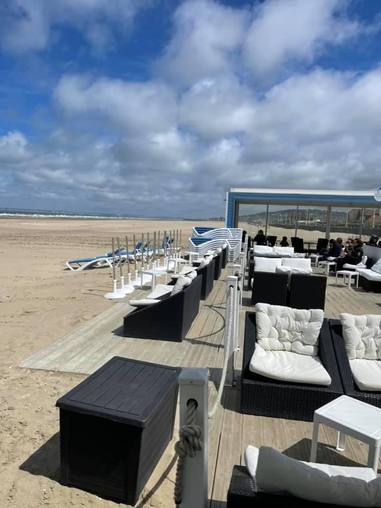 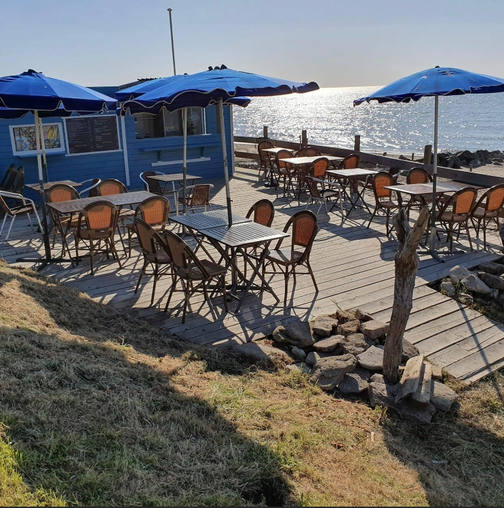 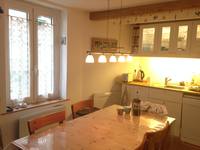 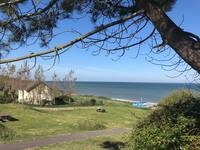 Car Exchange is not offered

5 MINUTES FROM THE SANDY BEACH. Our home is cute but small! Ideal for 2 adults. It's a recently renovated 1 bedroom Fisherman's cottage situated in a friendly communal flowered courtyard with no cars. If you want to live amongst the locals, this is for you! Our cottage has 2 floors (steep wooden stairs), the kitchen below can sit 6 persons, the living room is full of books, TV and a comfy 2 person sofa, the bedroom upstairs is very bright and has a comfortable brass bed & plenty of drawer space. Outside there is a bench with pots of flowers. We are situated in the historical centre. The village (pop. nearly 800) recently obtained the label Village Fleuri (Village in Bloom). The village prides itself on preserving its character, situated as it is between sea and countryside with nice sandy beaches, stunning sunsets, which you can admire from the beach bar which serves drinks & food. The village has numerous little bars & restaurants and a shadypark with children's playground. Otherwise, you can play boules in the center of the village or walk up to the organic farm. Villerville's greatest asset is the coastal hike either on the sandy beach or above the cliffs which offer breathtaking views.

Our neighbours are very friendly. Our neighbourhood is a maze of small fisherman cottages and little streets. On the outside of the village there are larger 19th century villas. We are in walking distance from all the activities: supermarket, cafés, restaurants, boules, beach, park & departure for the coastal hike, tourist information center & local bus stop.

COTE FLEURIE, towns to visit:
From Cabourg to Honfleur, the Côte Fleurie (Flower coast) is a 40-kilometre stretch offering sandy beaches, cliffs, and very popular and charming seaside resorts, such as Deauville, Trouville-sur-Mer, Cabourg, Houlgate, and Villers-sur-Mer. Long fine sandy beaches great for relaxation are also perfect for fans of invigorating walks. The numerous villas dating from of the end of the 19th century along the Côte Fleurie (Flower coast) provide wonderful evidence of the era's fashion for sea bathing. Walkers can find a particularly large number of villas dating from this period in Houlgate.
Between Villerville and Trouville-sur-Mer, the scenic Normandy coastal road offers numerous viewpoints of the coast and the Seine estuary.

- DEAUVILLE, With its race course, harbour, international film festival, marinas, conference centre, villas, Grand Casino, and sumptuous hotels, Deauville is regarded as the "queen of the Norman beaches" and one of the most prestigious seaside resorts in all of France. As the closest seaside resort to Paris, the city and its region of the Côte Fleurie (Flowery Coast) has long been home to French high society's seaside houses and is often referred to as the Parisian riviera. Since the 19th century, the town of Deauville has been a fashionable holiday resort for the international upper class. Deauville is also a desirable family resort for the wealthy. In France, it is known perhaps above all for its role in Proust's "In Search of Lost Time".
- HONFLEUR, is especially known for its old port, characterized by its houses with slate-covered frontages, painted many times by artists, including in particular Gustave Courbet, Eugène Boudin, Claude Monet and Johan Jongkind, forming the école de Honfleur (Honfleur school) which contributed to the appearance of the Impressionist movement. The Sainte-Catherine church, which has a bell tower separate from the principal building, is the largest wooden church in France.
- D-DAY BEACHES with their memorials & museums.
- LE HAVRE's post-war architecture.
- BAYEUX, with it's famous tapestry and medieval town & church.
- ETRETAT, best known for its chalk cliffs, including three natural arches and a pointed formation called L'Aiguille or the Needle, which rises 70 metres (230 ft) above the sea. These cliffs and the associated resort beach attracted artists including Eugène Boudin, Gustave Courbet and Claude Monet. They were featured prominently in the 1909 Arsène Lupin novel The Hollow Needle by Maurice Leblanc. They also feature in the 2014 film Lucy, directed by Luc Besson.

To close all the shutters at the end of your stay and water our pot plants! The house is suited for a couple.

We are a bilingual French-English couple. I'm a semi-retired English teacher & my husband works in Paris. We have a cosy holiday/weekend village cottage by the sea in Normandy which we would like to swap with you this summer! My interests are reading, hiking, watercolour painting & travelling. My husband loves cycling & DIY. In the distant past (!) we have exchanged via Homelink, with families in the USA, Canada & Europe. We have 2 grown up children. We Look forward to hearing from you ;-)