We are a busy, happy family - lots of laughter and general craziness with three girls and a baby boy means life is never dull! The older two girls are school age and at the weekends we are regularly involved in our local church. Chris works as a full time GP partner and I am taking a career break from nursing to be a full time mum. 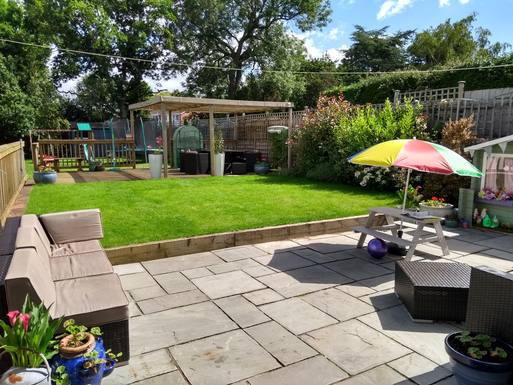 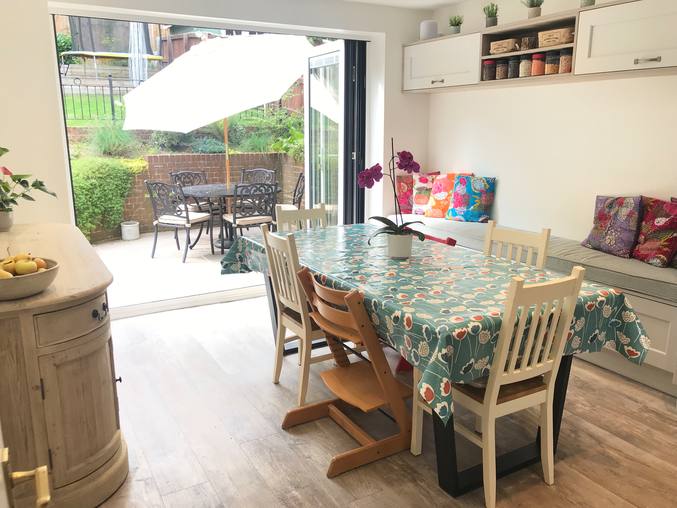 Dining room end of the kitchen 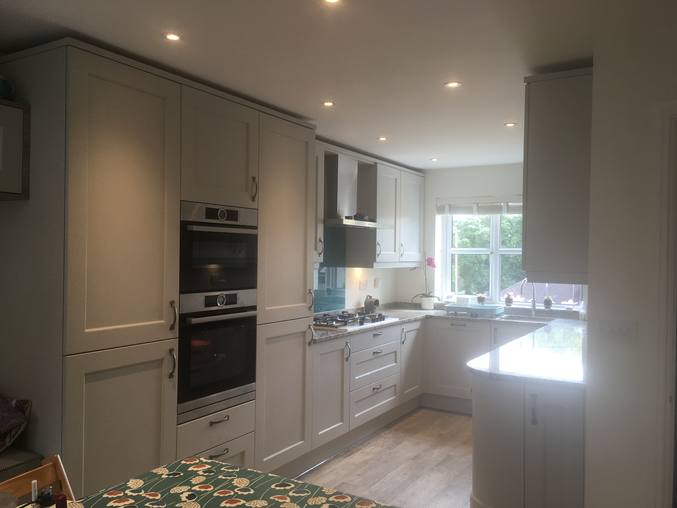 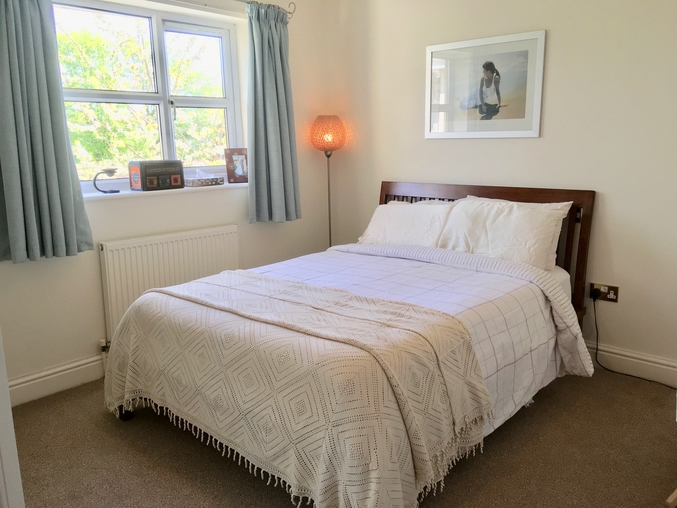 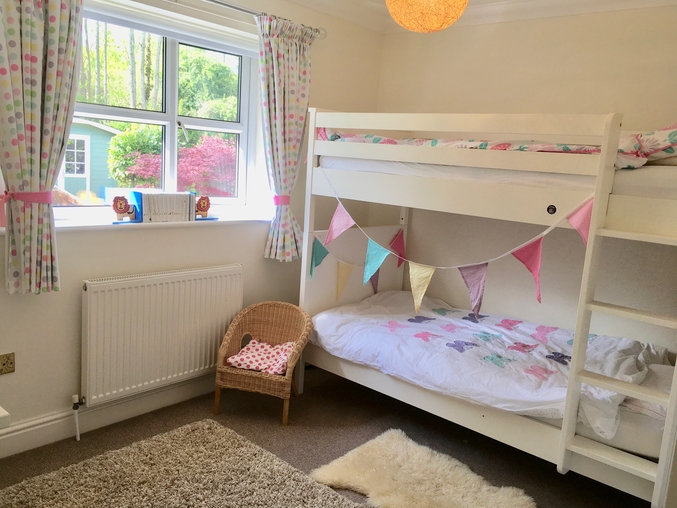 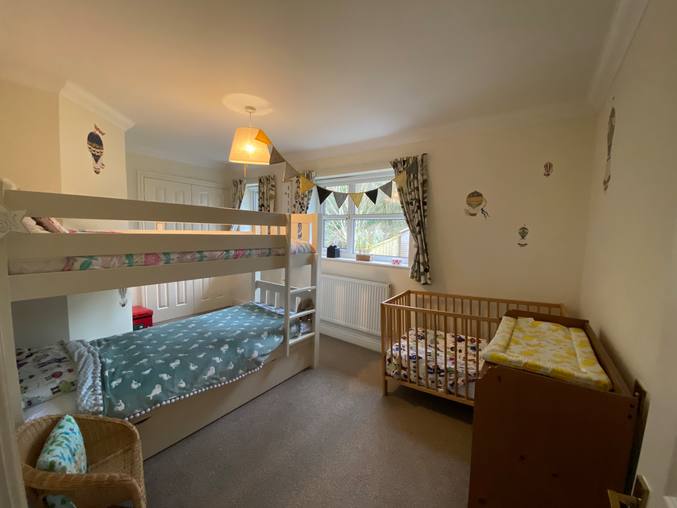 Single bunk beds and a cot in bedroom 3 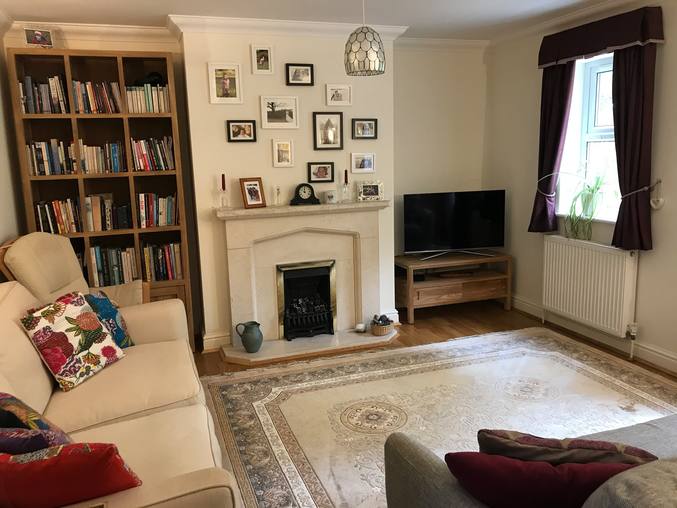 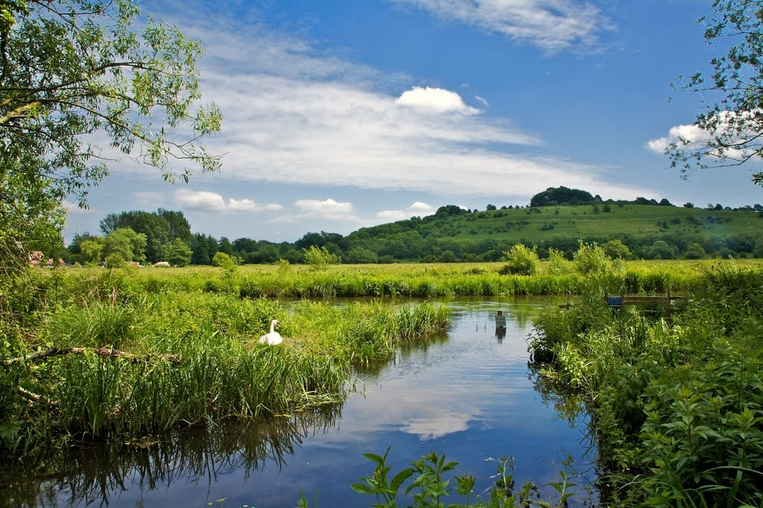 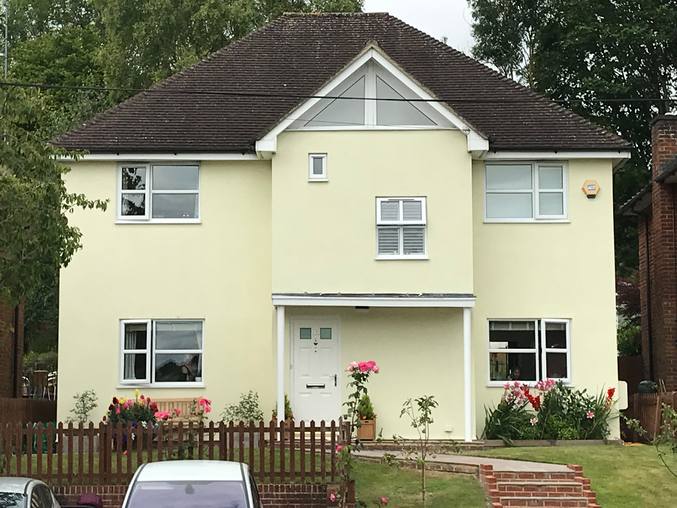 The water meadows at the bottom of the road 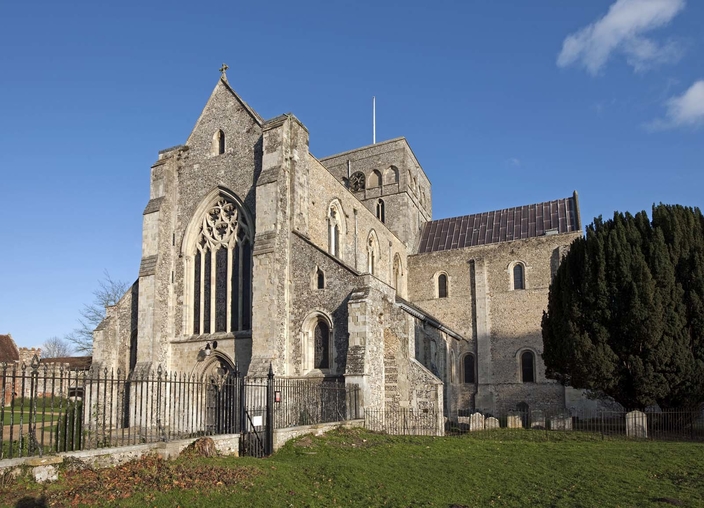 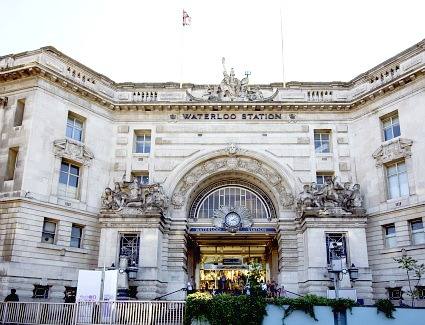 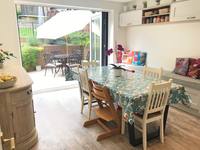 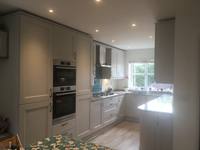 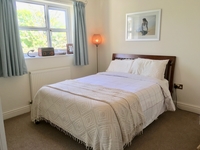 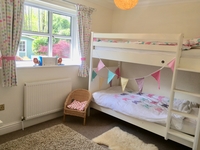 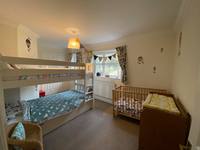 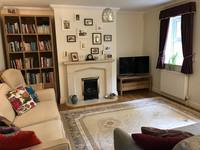 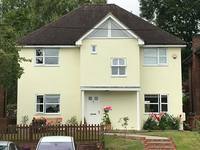 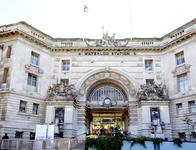 We have a detached family 4 bedroom house in a friendly and peaceful neighbourhood, in a quiet cul-de-sac.

Downstairs we have a fully equipped kitchen / dining room, comfortable sitting room with HD TV and a large play room. Upstairs there are two bedrooms with double beds, one with an en suite, and one children's bedroom with full size single bunk beds. There is also a room with a baby cot, and a family bathroom.

We have a garden with a trampoline and patio seating for 6. We have bikes for ages 4-adult, and a baby seat that you are welcome to use. We have a 7 seater car at that may be possible to exchange and off-street parking for 2 cars.

We are non smokers and our house is a non-smoking house.

We live on the edge of Winchester - a historic city of 40,000 residents, about 60 miles south of London. Our home is in St Cross, in a friendly and sociable street on the beautiful water meadows that will take you on an easy stroll along the River Itchen right into town. You will pass the historical Hospital of St Cross - make sure to stop for your Wayfairer's Dole at the porters lodge, which is a small beaker of beer and a morsel of bread. From our master bedroom you can see the famous St Catherine's Hill, from the top of which you can look right over Winchester.

London is an easy 55 minute train journey - easy to visit a show or musical in the heart of the West End. Many of the large museums (British Museum, Natural History Museum) have free entry. If you wish to travel by road, we are minutes from the M3 motorway which takes you to London in around an hour.

There are several petrol stations and a large supermarket 5minutes drive away.

There are many things to do in and around Winchester, many of them free. There are many trails to follow to learn about the area which is alive with ancient history and famous people that have lived here (including Keats and Jane Austin, whose home you can visiit in Chawton). Explore the ruins of Wolvesly Castle, visit the military museums or wonder round the 1,000 year old cathedral. For rainy days, Winchester Science Centre and Planetarium, the Leisure Centre with a swimming pool or the local library are all within 15minutes. There are museums and galleries, stately homes nearby and open spaces and play parks. Winchester College, founded in 1382, is the oldest continuously running school in the country. It is a few minutes walk away and possible to look around on a guided tour.

Marwell Zoo is about 20minutes away, Paultons Park amusement park or the Watercress Line are all great for the kids, or visit the Bombay Sapphire distillery or the Three Choirs vineyard for a more grown-up way to spend the day!

Further afield, the naval dockyard in Portsmouth contains Nelson's Flag Ship HMS Victory (1759), King Henry VIII's flag ship the Mary Rose 1509) and HMS Warrior. The Harry Potter studio is just over an hour away - see the Hogwarts film sets and find out about the special effects. The New Forest National Park is 20 miles to the west where ponies and cattle roam freely - a great place for cycling (bike hire available), walking, horse riding and picnic-ing.

The ancient stone circles at Stonehenge (3100 BC) and Avebury (2600 BC) are within an hour's drive. You can reach the historic cities of Oxford, Salisbury, Chichester and Bath for a day trip. Longleat Safari Park and Legoland at Windsor can also be easily reached, as are several beaches at Bournemouth and along the south coast. The Jurassic Coast of Dorset for fossil hunting is 1.5 hours away.

Direct trains from Winchester Station to London Waterloo take only an hour and get you within walking distance of the London Eye, Houses of Parliament and Theatres and easy connections on the London Underground to all the main attractions.

We are a happy family with three well-behaved children who like areas with plenty of space, swimming and things to do. We are a non-smoking family. We are happy to look after gardens.

We are a busy, happy family - lots of laughter and general craziness with three girls and a baby boy means life is never dull! The older two girls are school age and at the weekends we are regularly involved in our local church. Chris works as a full time GP partner and I am taking a career break from nursing to be a full time mum.