House by the park in Newbury 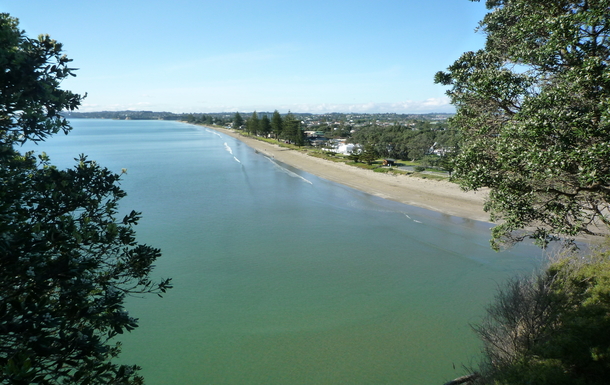 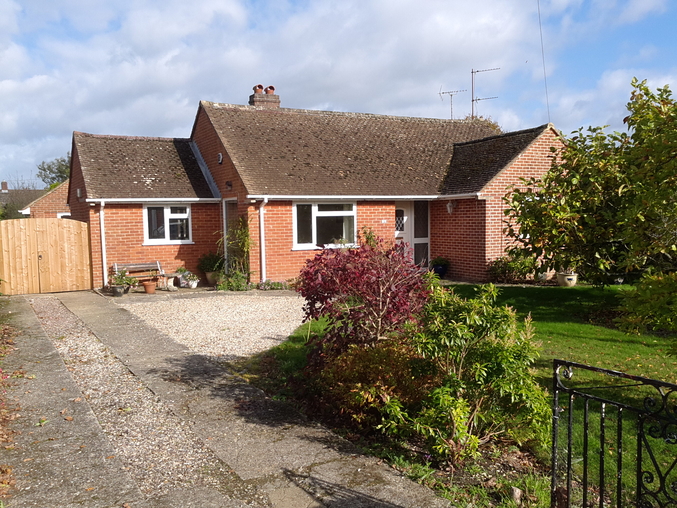 The house on the park 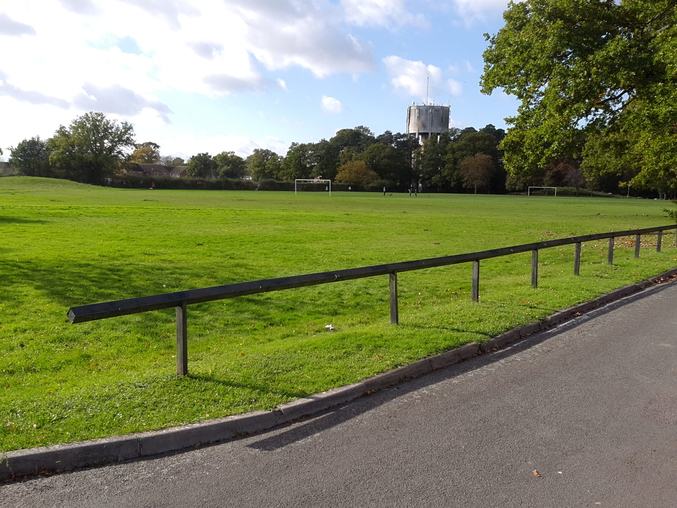 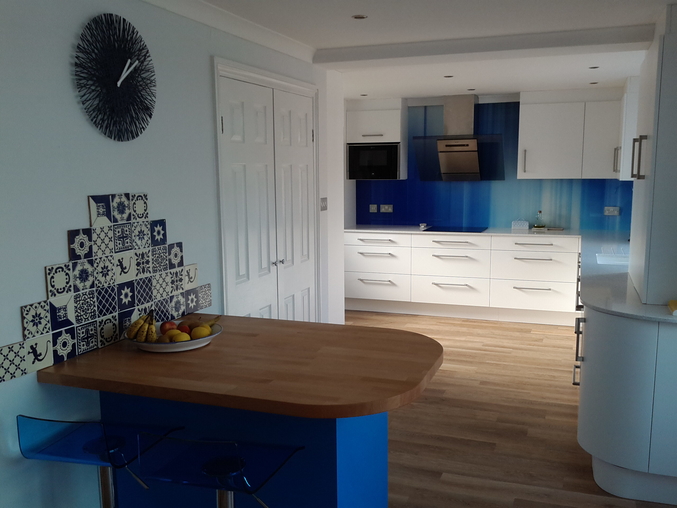 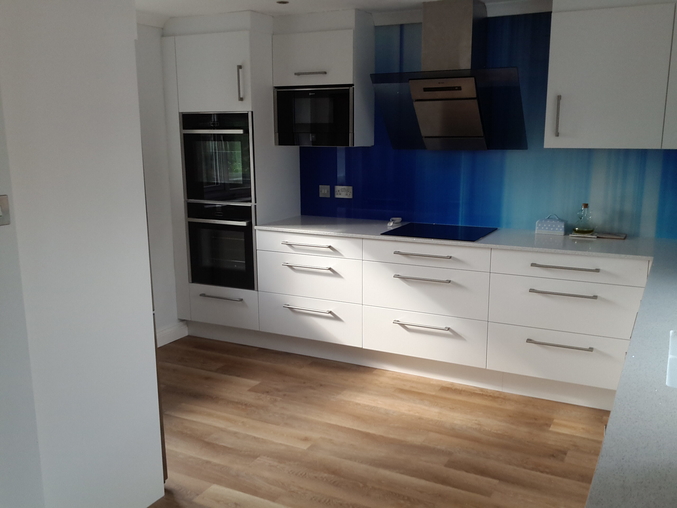 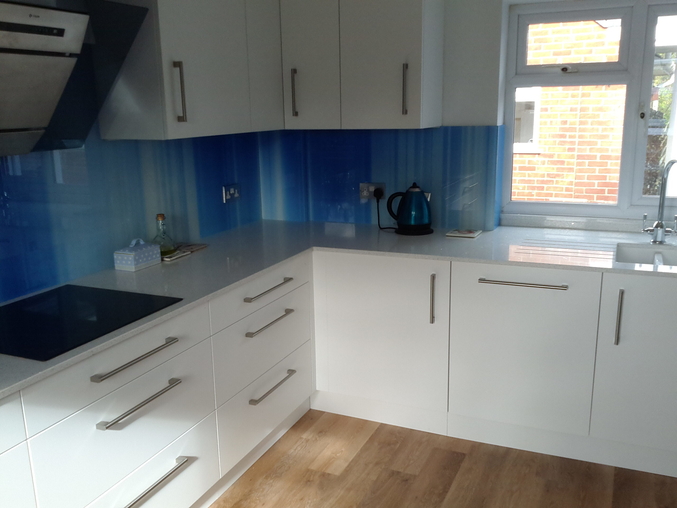 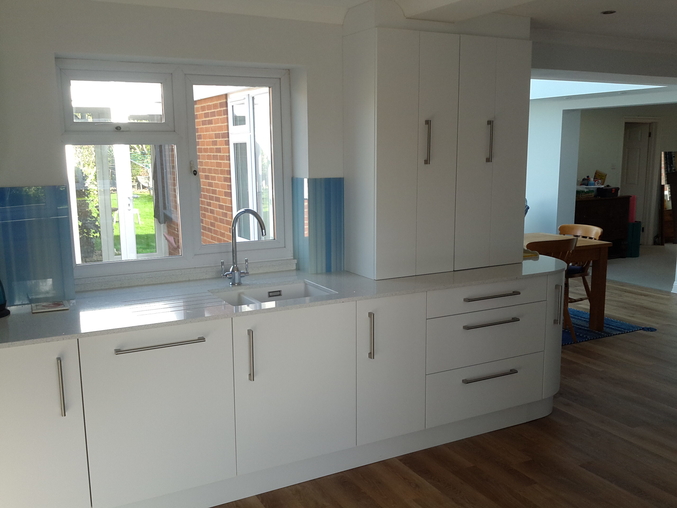 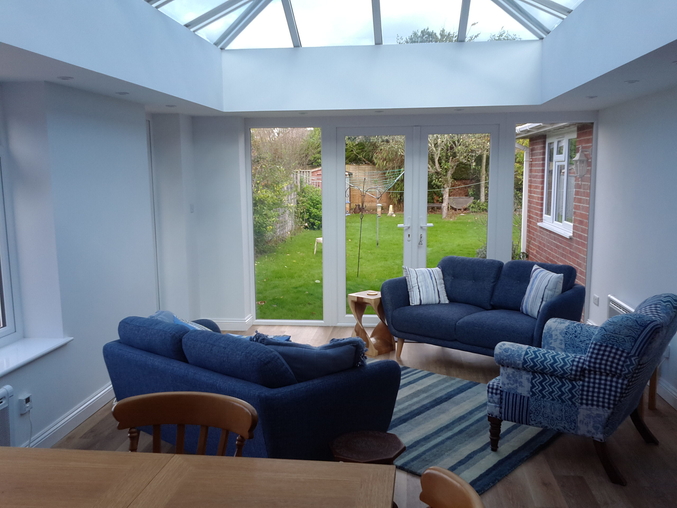 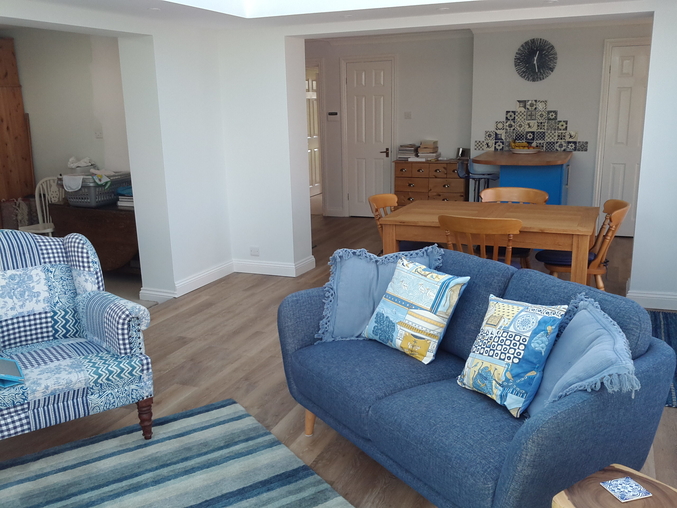 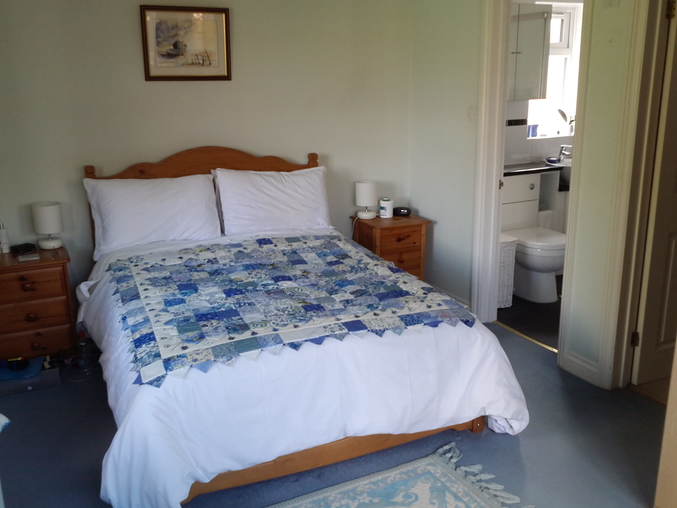 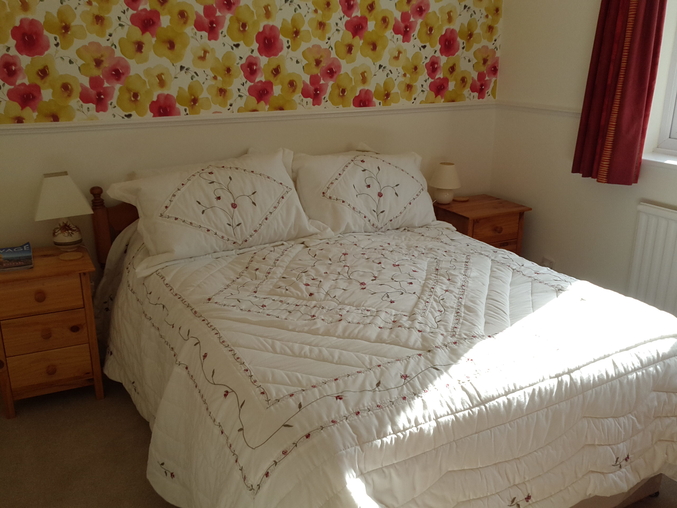 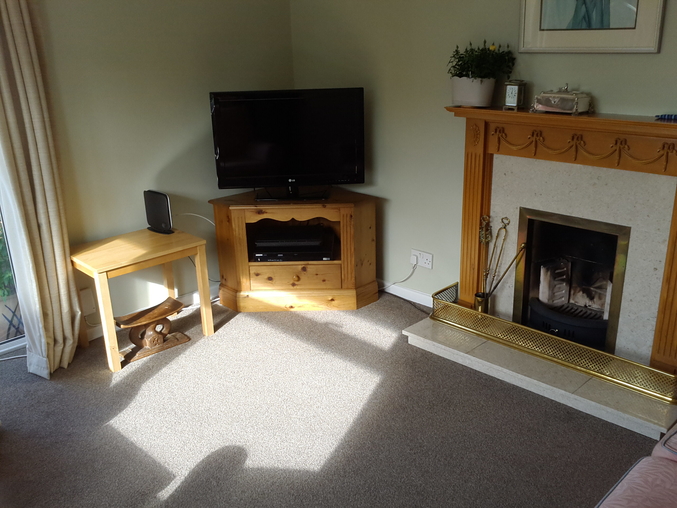 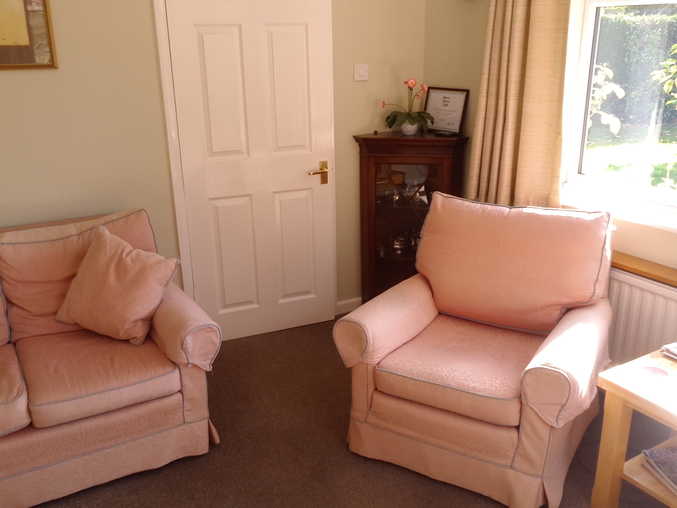 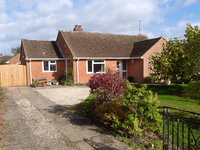 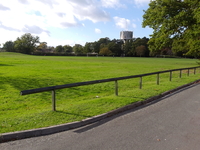 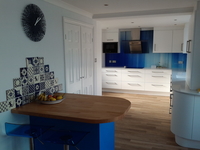 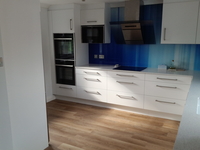 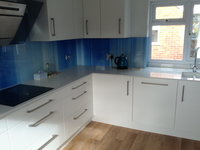 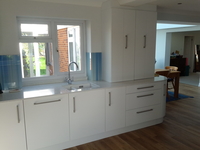 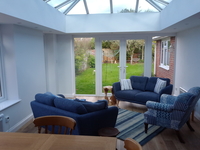 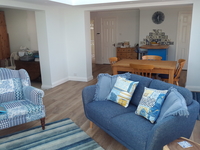 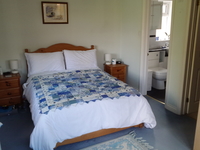 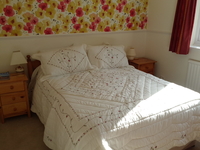 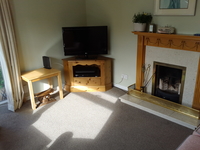 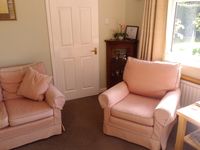 The house by the park is a single storey dwelling with three bedrooms. It was built as a bungalow which we have extended this past year since we moved in.
It has a small sitting room, with an open fireplace and tv stuff, on the front, with windows to the south (facing the park) and to the west. The rear of the house is an open plan area consisting of a new kitchen, orangery with a glass lantern roof and leading from that the area we use a study/ sitting room and has the laptop and printer. Leading from here is the main bedroom with an en-suite shower room.
The guest bedroom is on the front of the house and has an adjoining “Jack and Jill” bathroom with shower. The third bedroom is behind the guest room and is accessed from the kitchen area.
The utility room is part of the converted garage and has a washing machine, tumble dryer and freezers. The brand new kitchen houses two built in ovens, two fridge freezers, an induction hob and a dishwasher. As I like to cook, it is well equipped.

The garden is mainly grass with fruit trees but also a vegetable area and green house which has vegetables depending on the season. Beside the house, behind tall wooden gates is an area I’m developing into a courtyard garden. There is space for two or three cars to the front of the house.

It’s a quiet area, as it is a no through road and very little foot traffic. The park in front however is popular with dog walkers and is busy before and at the end of the day with children walking to the nearby school

Our house is on the south side of Newbury in an area called Wash Common. The area is the site of the battle of Newbury, part of the civil war in 1643.......discover more locally.
It is just a few mins walk into the countryside and there are lots of short or long walks available.

There are two small supermarket within 5 mins walk as well as both Catholic and Protestant Churches. The town centre is a downhill 40 min walk but there is also a bus service.
Newbury is also home to the Watermill theatre with it's varied program of events. There is also a multiplex cinema in the town.

We are ideally situated less than 5 mins from the main north south dual carriage way A34 road. This links with the M4 motorway motorway just north of Newbury.
Bath.....1 hr's drive west on the M4.
Oxford 45 mins drive north on A34 Stratford and Warwick just over an hour's drive in the same direction.
South on the A34 to the ancient town of Wichester with it's beautiful Cathedral or a little further to Portsmouth and it's historic Naval attractions.
Stone Henge and Avebury also about an hour away. Windsor, East on the M4 less than an hour.
London is best reached by train.......direct trains take about an hour, via Reading a little longer.