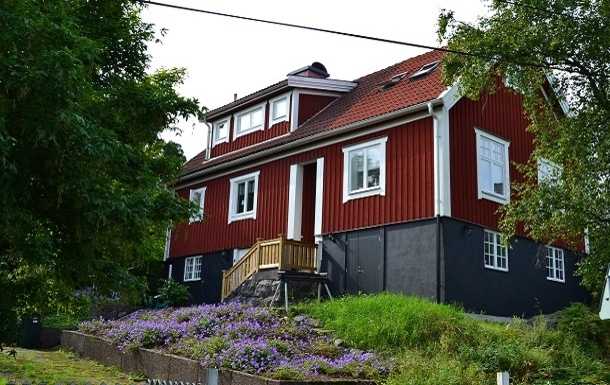 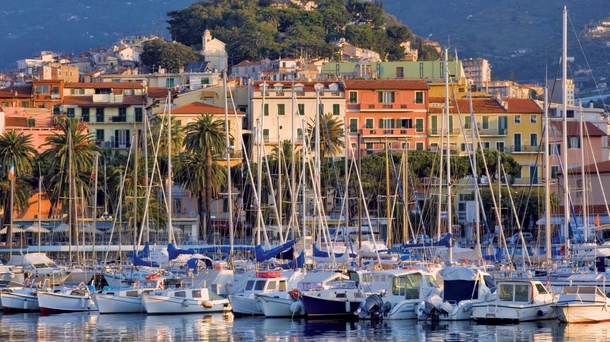 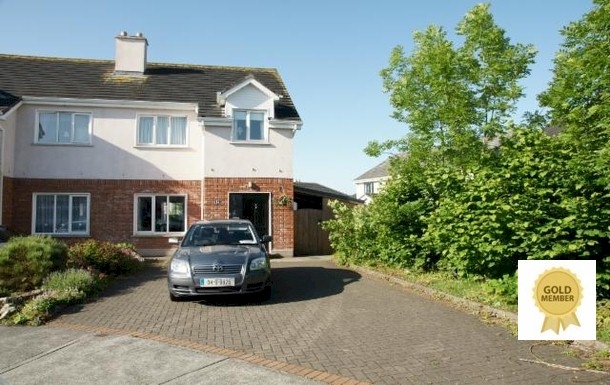 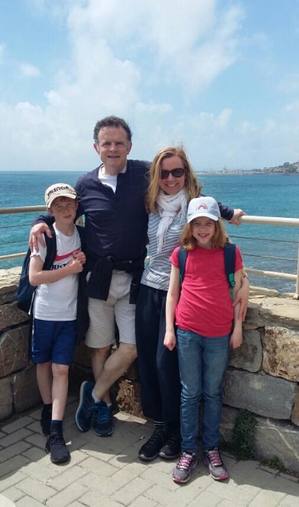 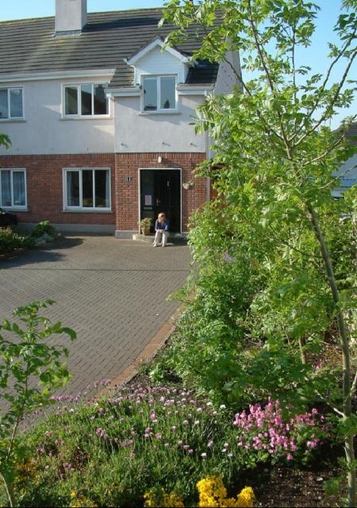 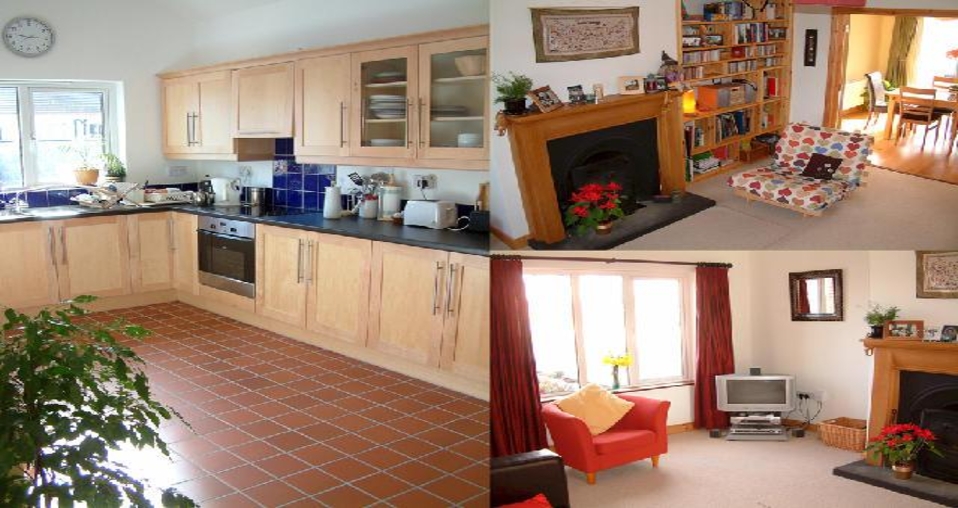 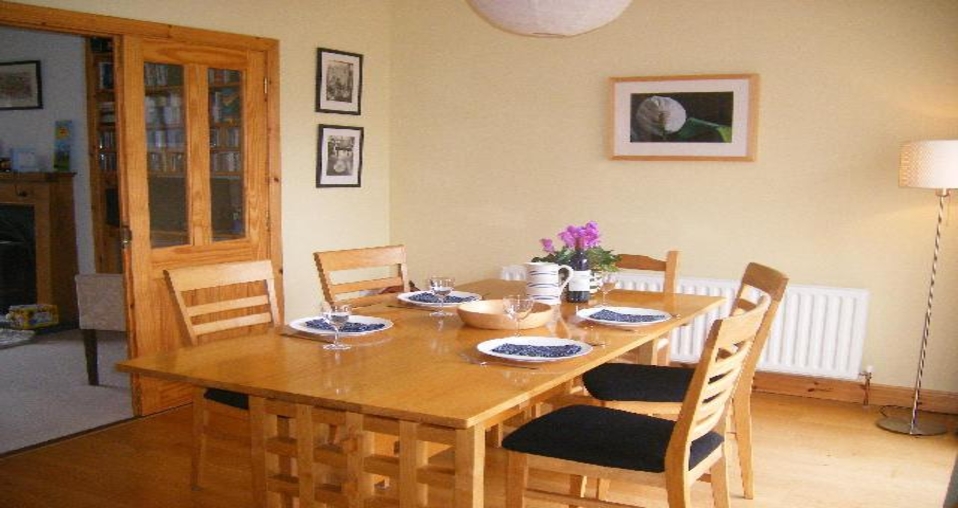 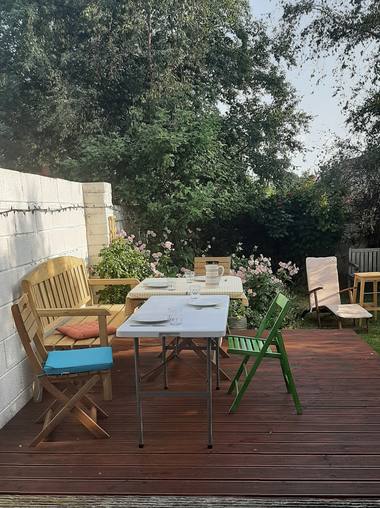 Dinner in the back garden 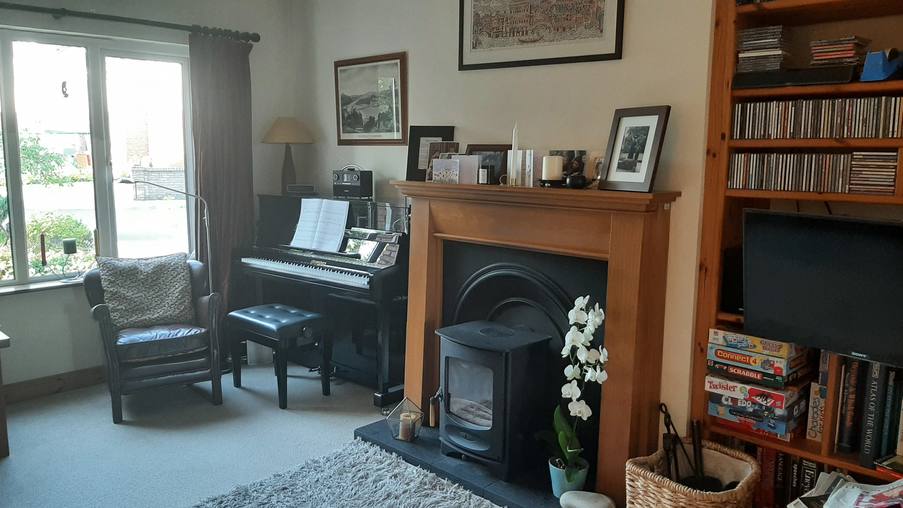 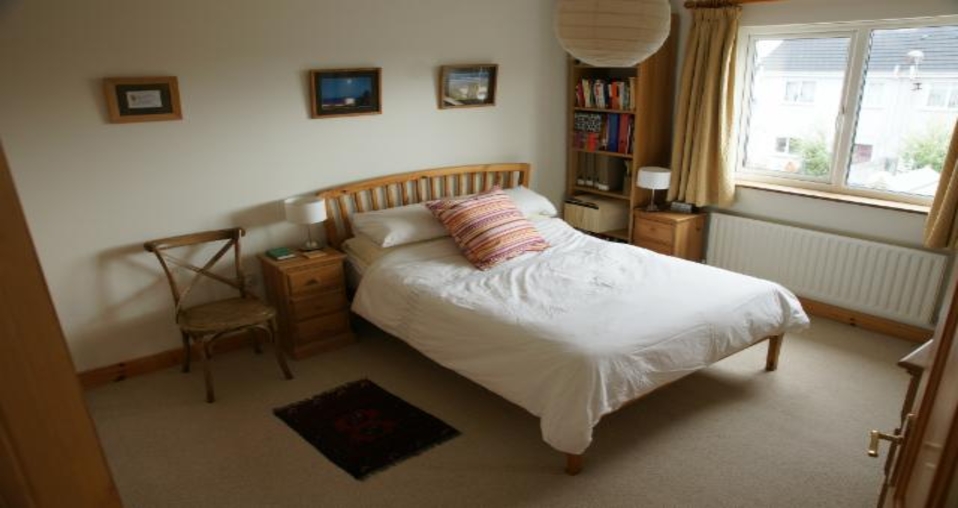 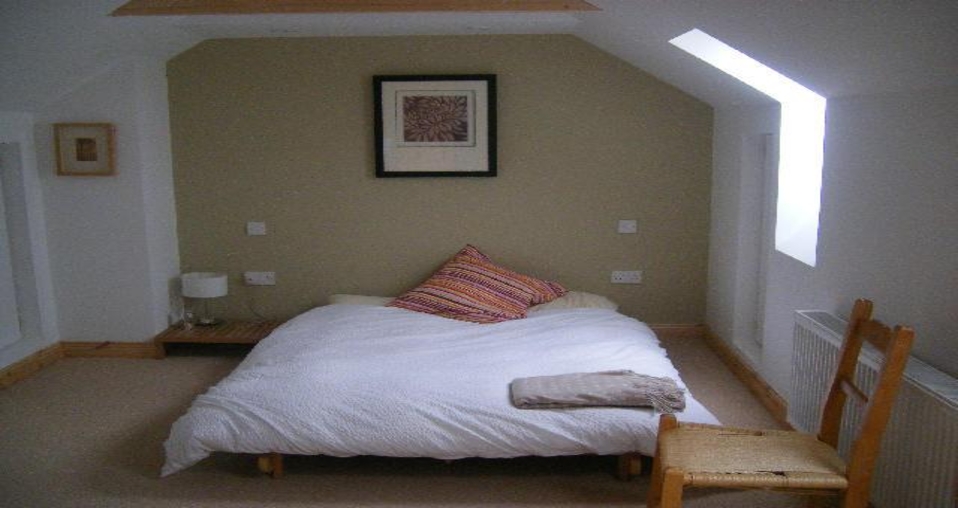 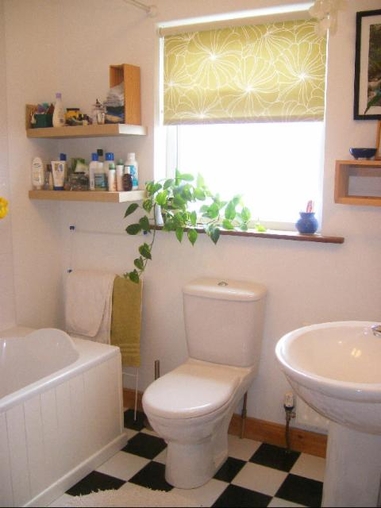 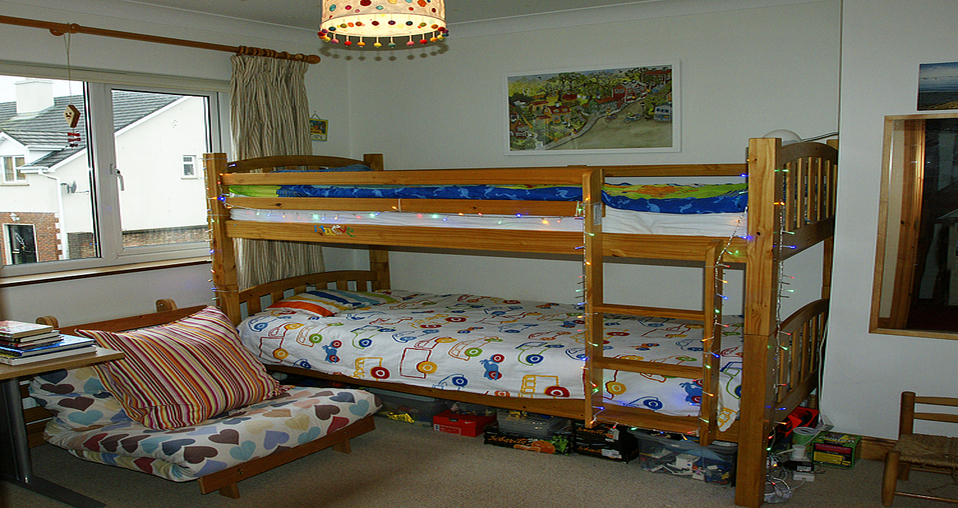 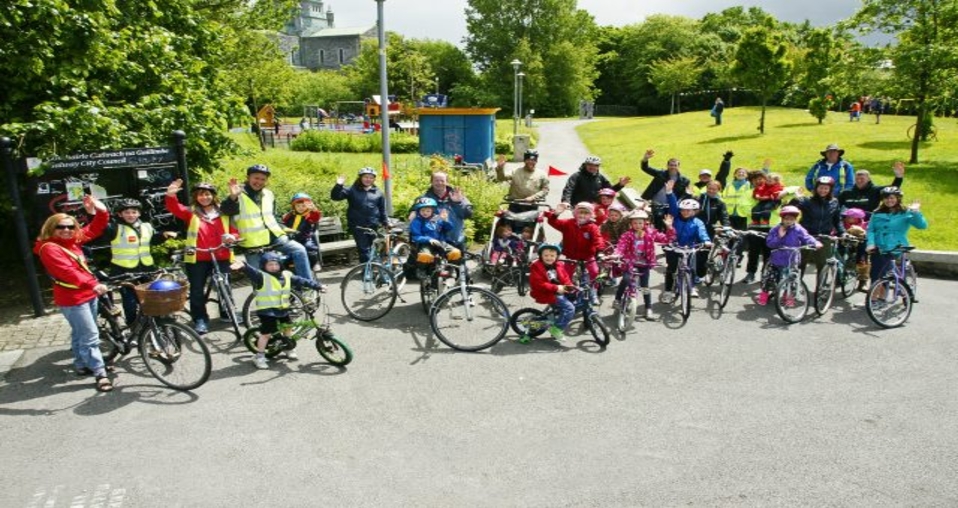 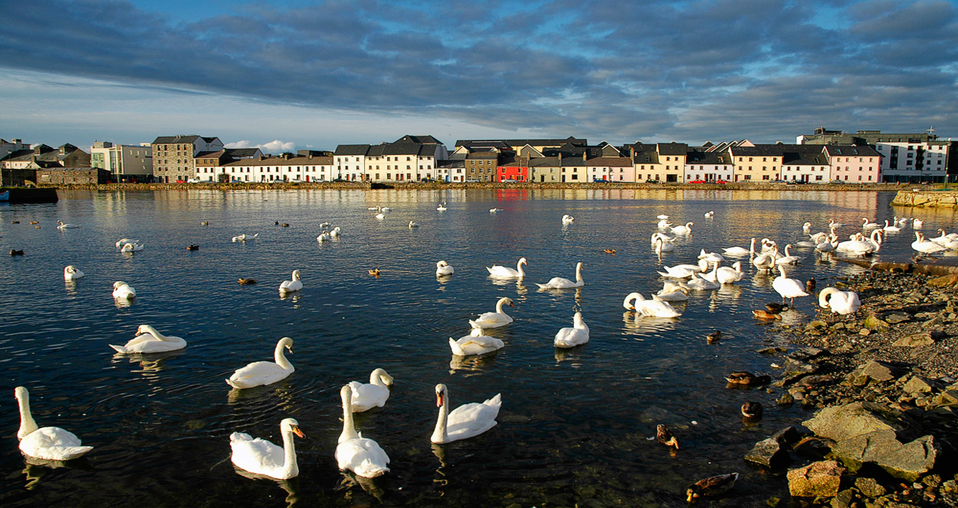 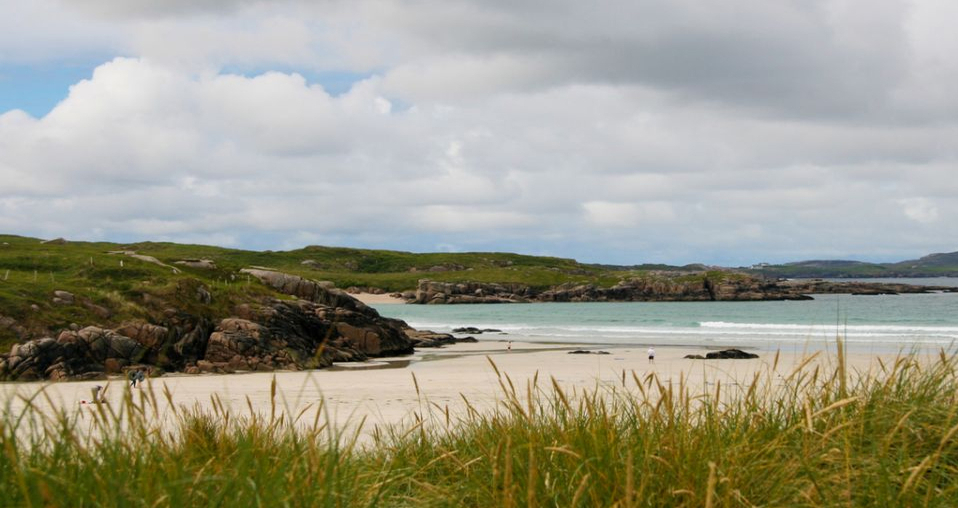 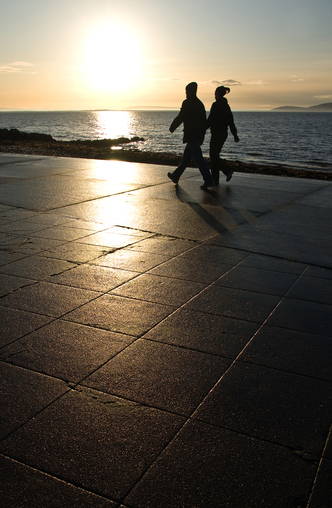 Walk on the prom in Galway 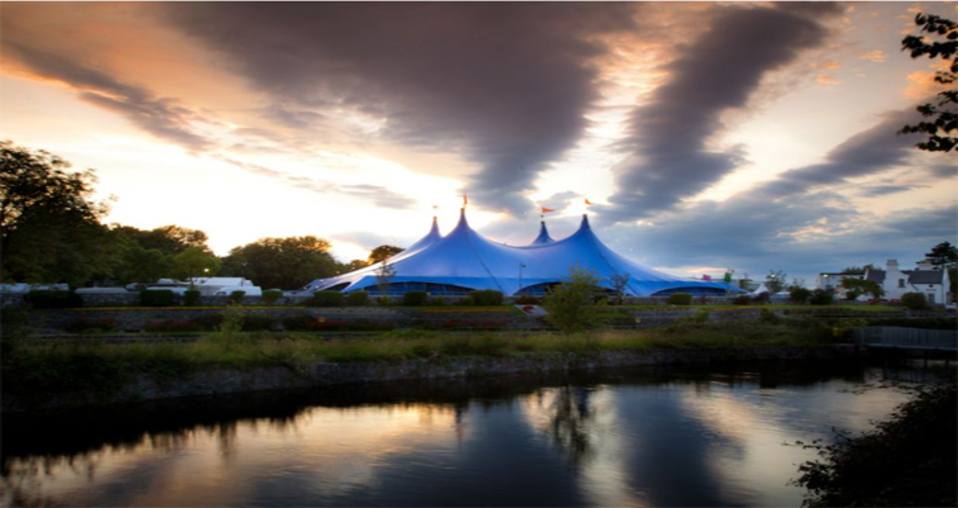 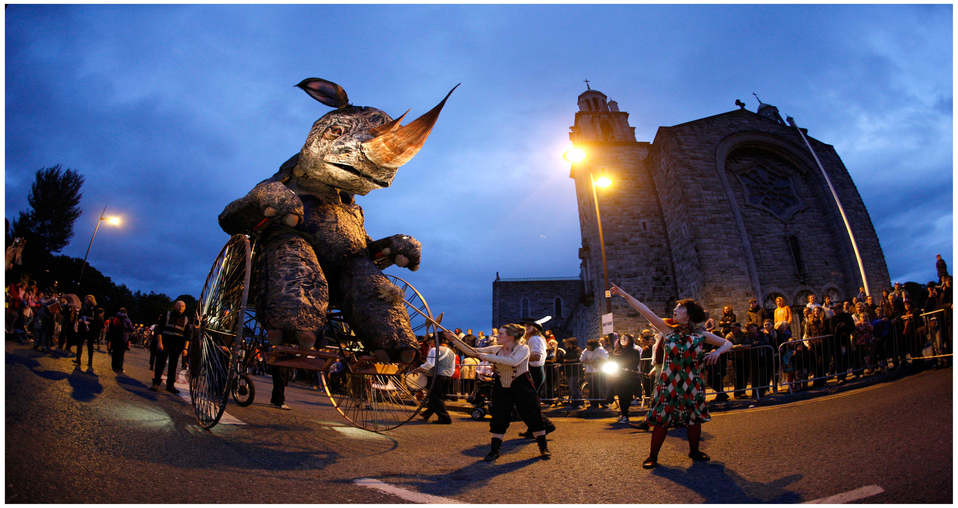 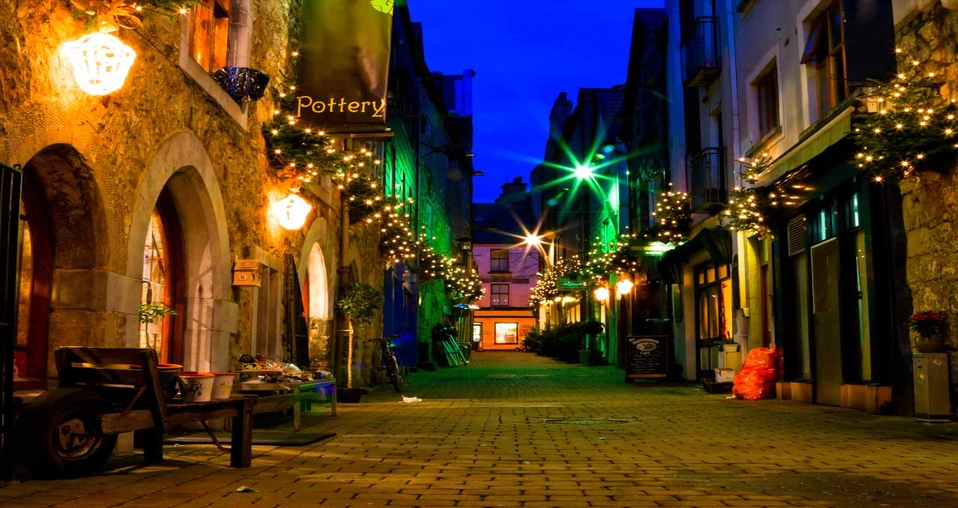 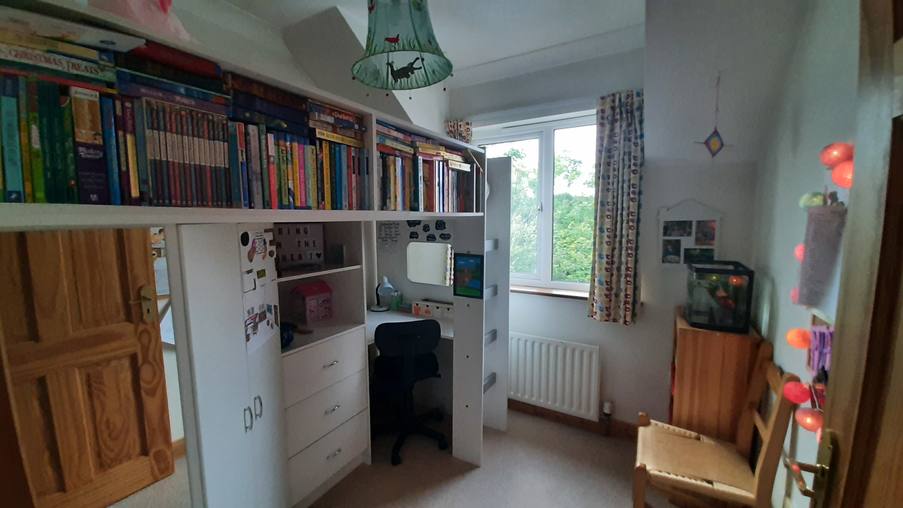 Maeve's swing in the garden 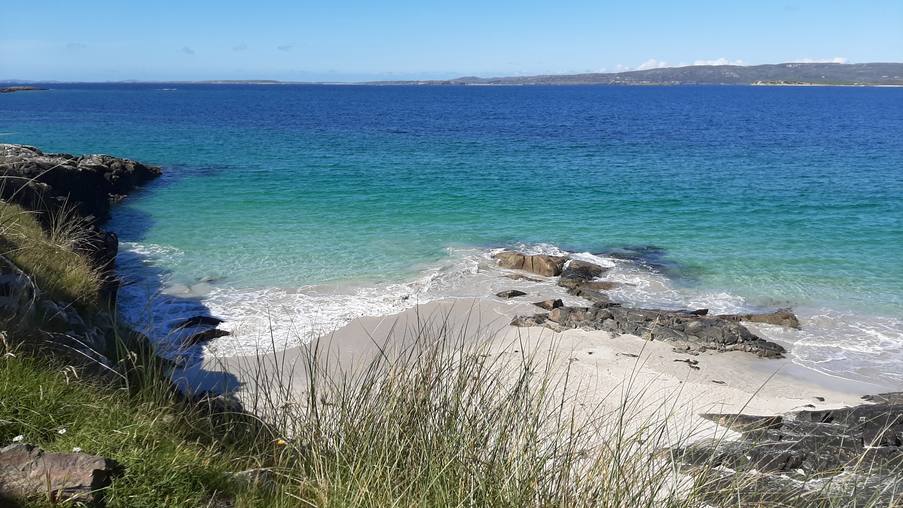 One of many Connemara beaches

Front of house with current car 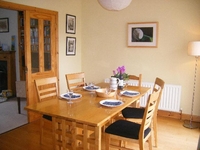 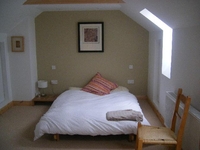 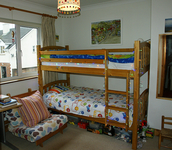 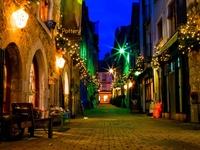 Our house is a bright, modern, comfortable semi-detached house in Galway city, in the West of Ireland.

There are two double bedrooms, plus one bedroom with bunk beds for 2 children and another room with a single bed. We have two bathrooms (one en suite) and a toilet downstairs. Our living room has a wood-burning stove, and we have a dining room and a well-equipped kitchen. The rear of the house is south-facing and has a deck and small garden.

Galway is a lively university town of around 75,000 inhabitants, situated on the river Corrib (where in some years it is possible to fish for wild salmon right in the city centre).

Galway began as a fishing village, but after an invasion by the Anglo-Norman forces of Richard de Burgo in the early 13th Century, it developed into a walled town. City status was granted by King Richard III in 1484. Around this time, 14 wealthy merchant families ruled the city, giving Galway its nickname "City of the Tribes".

The city is also a gateway to the Gaeltacht, an area in the West of Ireland where Irish (Gaeilge) is the first language. Galway is widely regarded as Ireland's most vibrant and entertaining city, because of its university population of around 25,000 and a substantial Arts community. There are numerous events throughout the year, including the very popular Arts Festival during the summer. Galway was recently awarded permanent UNESCO City of Film status.

The Burren in neighbouring County Clare is famous for its unique rock formations, exceptional diversity of flora and fauna, and large number of historic sites.

The Aran Islands are famous for their prehistoric and Christian monuments including the spectacular Dún Aengus fort on Inishmore, the largest of the three isalnd. The unique landscape of the islands attracting numerous visitors to enjoy the cliff-top walks and spectacular coastal scenery. The middle island, Inishmaan offers visitors an authentic and unique experience.

The Cliffs of Moher are among Ireland's most spectacular natural wonders and most visited tourist attractions.